This wiki is for the purpose of compiling canonical lore for the mobile game Crash Fever, (クラッシュフィーバー) created by WonderPlanet. Information on this wiki is gathered from in-game information and official social media posts.

If you are viewing this site on mobile, please change to the desktop view as most of the formatting does not work as well on mobile.

Do note, this wiki will mainly focus on the lore as its presented in the Global version. The Japanese version has some quests changed and has retconned some regional lore, including changing the name of various units (Sejong/Lee-Do became Louvre, for example), so the wiki will focus on the versions of characters as they appeared in their original region.

In addition, with the merge of the GL and KR servers, anything that has yet to be available to GL players will still not be considered as being in the GL version. Since there is a Korean Language option available in Global, quest banners in Korean will still be shown under a "Korea" tab like quests before the merge.

If you wish to help out with the lore wiki, the best way to do so is by joining the Crash Fever Lore Wiki discord server! We organize our efforts there, including collecting dialogue and storing it so it can be put on the wiki. If you wish to join, just contact Deeakron M#6310 on discord.

Please see this page for some basic rules on the wiki.

We are now recruiting for a role that doesn't need much prior lore knowledge! This role would involve just looking at quest pages to be able to update character pages; please contact Deeakron M on discord if you are interested.

Look at these to get an idea of what we hope to do!

(Note: For quests not present in Global, the translated name may be incorrect)

Dates in regions are taken from their news. (GL dates might be in EST/EDT)

Future and Past Events

Future Events (only taken from news): 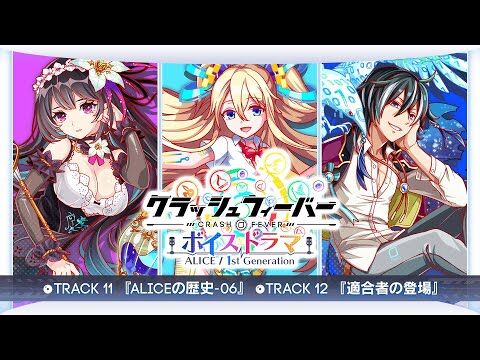 JP translations: VermilianBIO for the most recent things, Soporific for others, sometimes Deeakron M (via google translate), sometimes with help from Mizukage and other members of the normal Crash Fever discord JP translation team. For earlier pages, Soporific was the translator.

TW and CN translations: Julius and Passerby, sometimes Deeakron M (via google translate) for older quests (and some quest info for JP quests), sometimes with help from members of the Crash Fever discord TW translation team.

KR translators: Deeakron M (via google translate) for some quest info; for backstory, translations are done by Passionate from the Crash Fever discord translation team.

If there was anyone who was not listed as being a translator but helped please contact the wiki admins to correct the issue.

(We do not claim to own any of the intellectual property featured on this wiki, this is purely for fan interest.)

Community content is available under CC-BY-SA unless otherwise noted.
Advertisement